Why a fee structure in YWAM*

As we would seek to develop an international financial policy that is equitable in a world where international finances are very inequitable it is of utmost necessity to review the applicable Biblical principles and practices. First of all, let us understand the terms “just” and “fair.” Fairness has to do with giving to or requiring from each the same. Justice has to do with giving to or requiring from each his or her due. The former insists on equality of treatment regardless of circumstances, whereas the latter weighs the circumstances, the merit or demerit, the ability or lack of it, in order to determine what equitable treatment is. If all the circumstances were the same, fairness and justice would give or require the same. But where circumstances differ, fairness and justice may no longer be one and the same.

For example, consider a family that has two teenage boys – twins, both of whom play football. It would be fair for each of them to receive an equal portion of food when they return from football practice. It would also be just. However, if another family served the same amount of food to their two-year-old girl and to their 16-year-old boy, though it would be fair, it would not be just. Fairness requires that each receive the same; justice that each receives his or her due. So it would be just for the 16-year-old to eat more than his two-year-old sister even though it would not be fair.

God is fair whenever fairness can be justly executed. But whenever fairness and justice diverge, God is unquestionably just. God’s justice is revealed again and again in the principles of the scriptures. Jesus’ parable of the faithful steward portrays this: “And that slave who knew his master’s will and did not get ready or act in accord with his will, shall receive many lashes, but the one who did not know it, and committed deeds worthy of a flogging, will receive but few. And from everyone who has been given much shall be required, and to whom they entrusted much, of him they will ask all the more” (Luke 12:47-48).

God’s requirements in the area of sacrifices followed the principle of justice. God did not ignore the economic differences that existed among His people; rather, He took them into consideration in His dealings with them. So it is, that in Leviticus 5 the law states: “Now if a person sins…he shall also bring his guilt offering to the Lord for his sin which he has committed, a female from the flock, a lamb or a goat as a sin offering” (Leviticus 5:1-6). Then note verse 7, “But if he cannot afford a lamb, then he shall bring to the Lord his guilt offering for that in which he has sinned, two turtledoves or two young pigeons….” Furthermore, verse 11 says, “But if his means are insufficient for two turtledoves or two young pigeons, then for his offering for which he has sinned, he will bring the tenth of an ephah of fine flour for a sin offering.” The sacrifices God required were scaled to the people’s economic possibilities. An inflexible “price” could not be set, otherwise it would be so low that it would not cost the wealthy anything or it would be so high that the poor wouldn’t even be able to consider drawing near to God to make things right with Him. Justice required scaled financial obligations – for a sin offering!

In Leviticus 1, the guidelines for a burnt offering are laid out. Again, the offering itself may vary: it may be “from the herd” (verse 3) or “from the flock” (verse 10) or “of birds” (verse 14) – but the result is the same. In each case, the Bible stresses that the offering is a “soothing aroma to the Lord” (verses 9, 13, 17). The rich were not to boast of the greatness of their offering, despising that of the poor. Nor were the poor to depreciate their offering, thinking it worthless beside the wealthier offering. God was equally pleased with all three offerings for indeed, it required as much of a sacrifice for a poor man to offer up a bird as it would for a rich
man to offer a bull. Justice was pleased.

We see this pattern repeated in chapter 15; the laws governing the cleansing of lepers. The offering for cleansing consisted of three lambs and three-tenths of a bushel of fine flour (verse 10). “But if he is poor, and his means are insufficient” one lamb, two birds and one-tenth bushel of fine flour would suffice (verses 21, 22). God takes into consideration whether or not a person’s “means are limited” (verse 32) requiring only that a person “offer what he can afford” (verse 31).

We could also consider the offering for postnatal purification. It consisted in one lamb and a bird (Leviticus 12:6), unless “she cannot afford a lamb, then she shall take two turtledoves” (verse 8). Interpreters Dictionary (Vol 2, page 61) states that “It is a principle of jurisprudence that no law carries obligations if it demands the impossible. The very poor could not afford a lamb…they were allowed therefore to offer two turtledoves.” And among those very poor was Mary, the mother of our Lord, who offered not the lamb, but the pair of turtledoves for her purification after Christ’s birth (Luke 2:22-24).

Finally, we see the principle of justice clearly demonstrated in the laws concerning vows (Leviticus 27:1-8). The price of redemption was set according to one’s potential for economic gain. A scale was established in which more was required of working-age men and less for others, according to their productive capability. The passage concludes that “if he is too poor to pay your valuation, then he shall present himself before the priest, and the priest shall set a value for him; according to the ability of him who vowed, the priest shall value him.”

In each of the Old Testament examples we saw that the same thing was obtained (forgiveness of sin, personal cleansing or bringing gladness to God) even though people gave varyingly according to their circumstances. We saw this as an expression of God’s justice. We see the same thing in the New Testament. God wishes to give good gifts to all, but we see this not only as an expression of His justice but also of His lovingkindness. So, in the parable of Matthew 20:1-16 some laborers worked 12 hours while others worked only nine, six, three or even only one hour – yet all received the same. Justice was executed because both he who worked 12 hours
and he who worked three hours each worked the maximum time their circumstances made allowable. Yet, not only is justice at work, but so also is God’s generosity for He longs to see the underemployed as fully blessed by Him as the fully employed.

So it is in YWAM that if we require the same amount of money for a particular training course, such as a DTS/CDTS, from every individual without due consideration of their financial capabilities we run the risk of being unjust. The tuition and fees for a school should present a financial challenge to a prospective student which would serve to weed out the casually interested and to exercise the faith of the seriously committed. They should be, as it were, a mountain to be scaled or moved by faith. However, we must tailor our mountains to our students, so that they would not be so low as to fail to necessitate the exercise of their faith, nor so high
that the prospective student would give up in discouragement before faith even has an opportunity to rise.
With this in mind, it is key to remember that one of the foundational words God has spoken to YWAM is that we are to be involved in releasing third world leaders and missionaries. By the end of this decade we are to have more third-world workers in our ranks than those from the first world. This involves much training. To this end, God has raised up a university to train people from around the globe, most of whom come from nations which are economically in the third world. If this is indeed to happen, the principle of justice must be followed and economic obligations in our training programs should be scaled so that each is required to give according to his or her ability.

It is with the desire to see hundreds upon thousands more of our third world sisters and brothers trained and released in justice into the Great Commission that the International Financial Scale has been developed.

Tuition for schools in first world countries hopefully reflects the real cost of the schools in those countries. Now herein lies a dilemma. If a person with a third world income is expected to pay first-world prices, we will continue to see only a token handful of third-worlders in our first-world schools. However, a first world school cannot at present take on too many students paying third world tuitions and still hope to make the ends meet.
Presently third-worlders cannot afford first-world schools and first-world schools cannot afford third world students. But if we are in fact going to fulfill the Great Commission together, we definitely cannot afford to let the situation continue as is. We cannot allow for separation based on economics. The solution may include adopting a policy of justly scaled tuitions and then effectively communicating this to YWAM supporters in the first world so that third world scholarship funds and endowments can be set up. In this way each base could subsidize its cost without putting an unjust burden on the third world student. And together we could obey God’s command to go into all nations.

NOTE: Two other examples of scaled economic justice in the Bible include:

*The original title of the article is “Biblical Basis For an International Financial Scale in Youth With A Mission”, originally published in the UofN Reference Guide.

Any cookies that may not be particularly necessary for the website to function and is used specifically to collect user personal data via analytics, ads, other embedded contents are termed as non-necessary cookies. It is mandatory to procure user consent prior to running these cookies on your website.

Click one of our representatives below to chat on WhatsApp or send us an email to info@ywamworcester.com 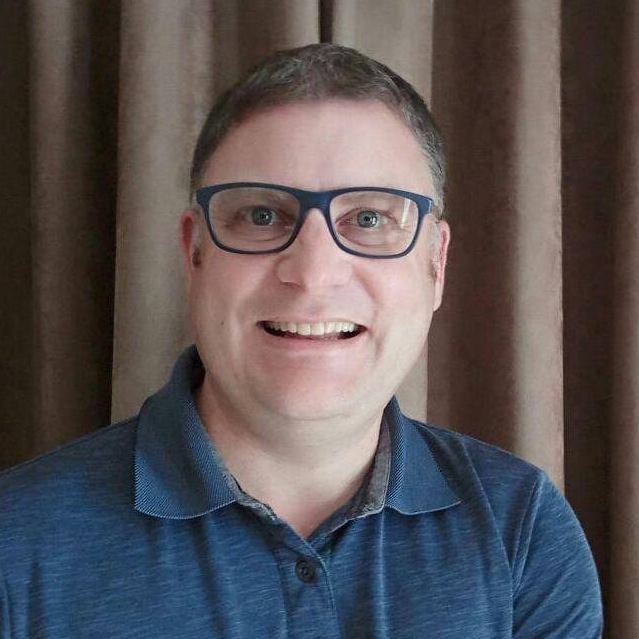 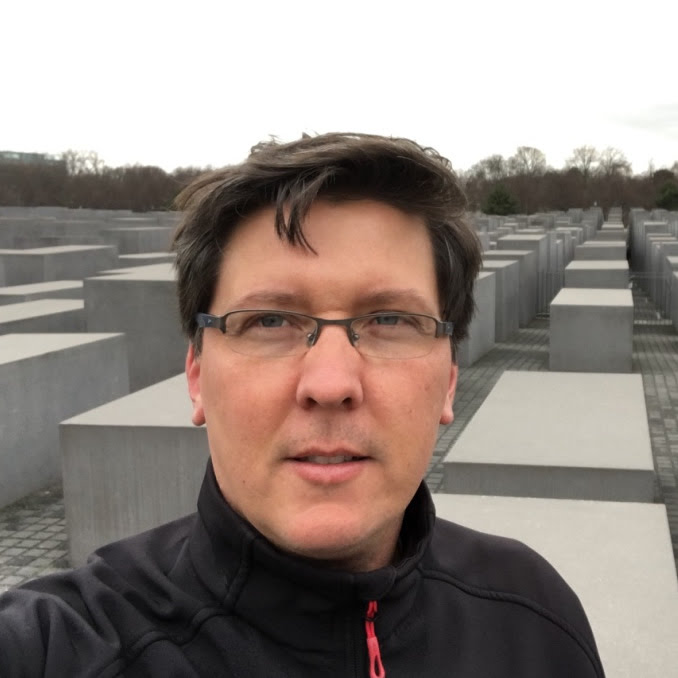 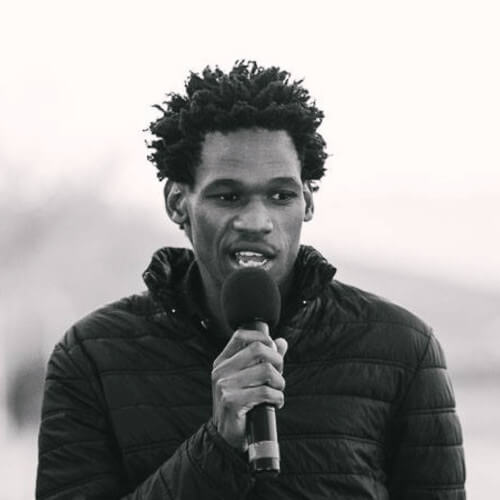